Indigenous COVID-19 vaccine put into use in city

Around 520,000 doses of the vaccine developed by Shenzhen Kangtai Biological Products Co. Ltd. were distributed to 320 vaccination sites across the city yesterday, marking the official use of the vaccine in Shenzhen, according to the Shenzhen Administration for Market Regulation.

“Each process of our vaccine development has won great support from Shenzhen and Guangdong governments. I hope that my first shot can help increase the public confidence and the vaccine will assist Guangdong and Shenzhen in winning the fight against the virus,” said Du.

A total of 153 law enforcement officers with the Shenzhen Administration for Market Regulation were among the first group of residents in the city to receive the Kangtai vaccine yesterday at the administration’s office building in Futian District.

After the shot, a man, surnamed Cheng, told Shenzhen Daily that he is confident about the vaccine produced in Shenzhen, adding that “it is good to use the Shenzhen-made vaccine. I am feeling well.” 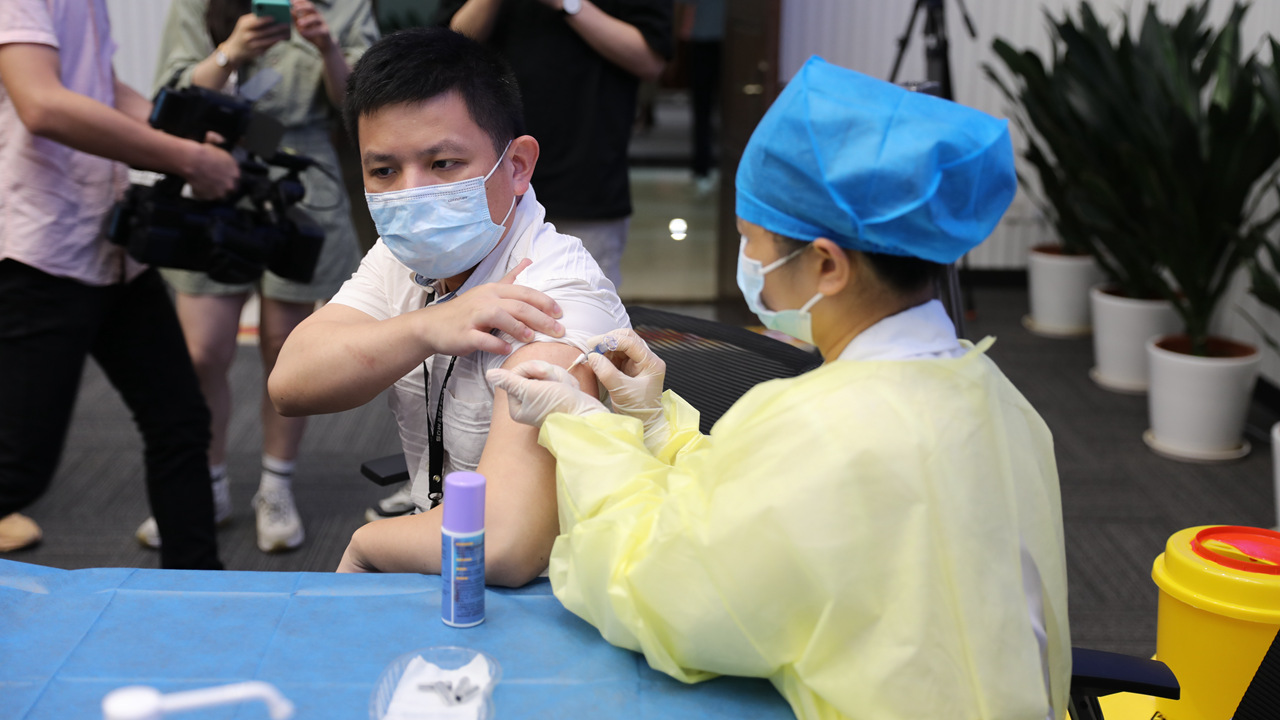 The Kangtai vaccine was Guangdong’s first COVID-19 vaccine given emergency use approval by the country’s pharmaceutical authority May 14. It has adopted a similar technology as the Sinovac Biotech shot, where inactivated coronavirus that cannot replicate in human cells is used to trigger an immune response.

The vaccine has so far reported no adverse events in the first two phases of its clinical trials, showing excellent results in terms of effectiveness and safety, according to the company.

“Our vaccine shows good performance in safety and covers a wide variety of strains of the virus including the recent variants found in Shenzhen and Guangzhou,” said Ouyang Zhiyun with Kangtai’s marketing department.

Kangtai said it will prioritize offering the vaccine to residents in Shenzhen and then will do the same in other cities in Guangdong and the country.

Before the Kangtai product, China approved three such inactivated vaccines to be used under an emergency use authorization. Moreover, one recombinant protein vaccine has been given the green light and one adenovirus vector vaccine can be marketed conditionally.