Three Shenzhen brands presented their latest creations during the ongoing Milan Fashion Week, with two of them staging catwalk shows at the biannual fashion pageant in Milan, Italy, last night.

Zhao, who marks her 11th appearance at the Milan fashion show, chose to put a spotlight on Miao ethnic culture in Guizhou Province by using the group’s ancient folklore as her show’s theme. The show, called “Mother Butterfly,” drew inspiration from Zhao’s encounters during her Guizhou visit earlier this year, right after she returned in May from her previous show in Milan.

Zhao was impressed by the butterfly’s image, which is widely used in Miao embroidery, as well as the story behind it where Miao people hold butterflies as their totem. According to Miao folklore, they are descended from the legendary eggs of the Mother Butterly. 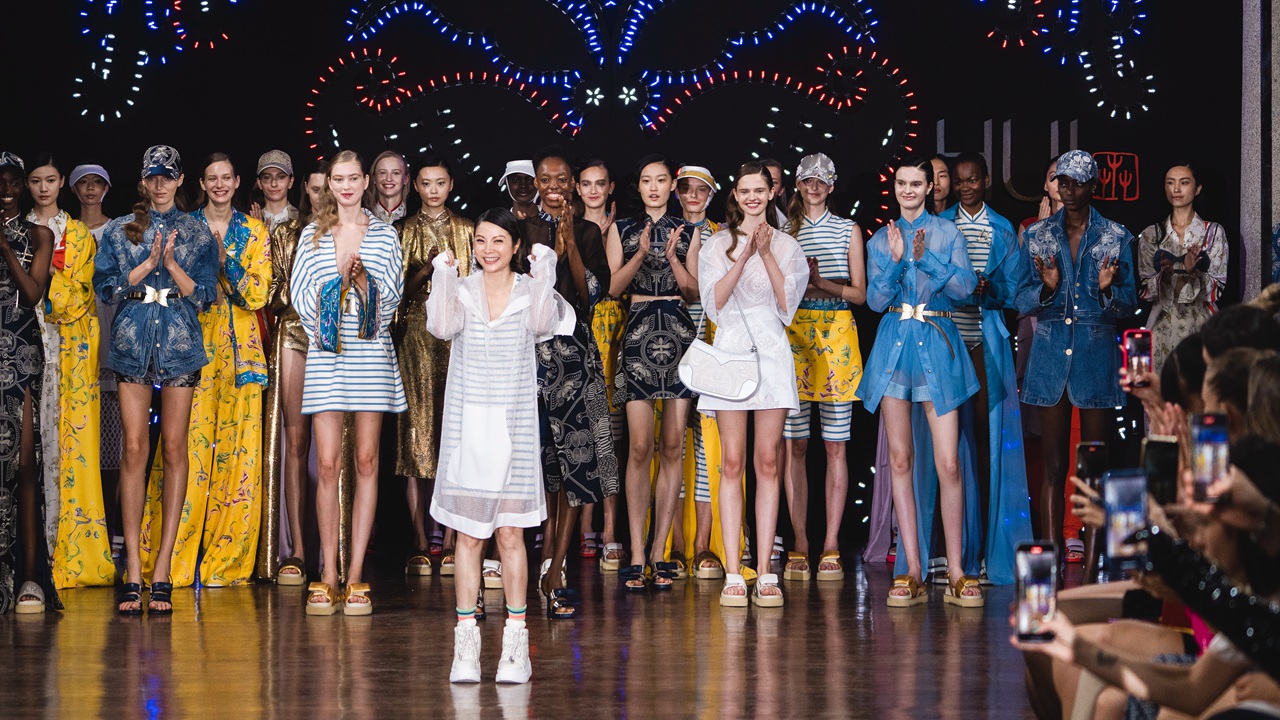 Zhao Huizhou (C) thanks the audience during the curtain call of Hui's runway show at Milan Fashion Week. Courtesy of Hui

Zhao has been endeavoring for years to inject new life into China’s intangible cultural heritage through fashion. She decided to blend the centuries-old legend in her new show at Milan because “Mother Butterfly is a symbol of feminine qualities such as strength and gentleness” and she hopes that “more people would gain a deeper understanding of China’s intangible cultural heritage” through her creations, she said in an interview prior to the show.

Yang, who took an alternative route to innovation, used frontier technologies and novel techniques to enhance her latest collection’s looks. Known for bold and futuristic designs, Yang is the first fashion designer to have presented an AI-powered collection, in collaboration with Huawei. Yang’s creations have been worn by the likes of Lady Gaga and Noah Cyrus.

“One thing I would like to highlight about this show is that none of the decorative patterns on the clothing is printed. They are rendered three dimensional, instead, with the help of new technologies and techniques,” Yang told reporters before the show.

Another Shenzhen designer, Sara Wong, presented a collection under her eponymous brand through an online event organized by Milan Fashion Week on Sept. 21. Her inspiration for the collection, called “Camellia in the Snow,” came from a Song Dynasty painting by the Lin Chun.

“What I’ve experienced every year at Milan Fashion Week has encouraged me to seek inspiration from my roots – Chinese culture,” Zhao said. She was one of the core designers for the spouses’ outfits during the 22nd APEC Economic Leaders’ Meeting in Beijing in 2014, and her previous shows in Milan all centered on traditional Chinese culture, seeking to display a balance between tradition and modernity. 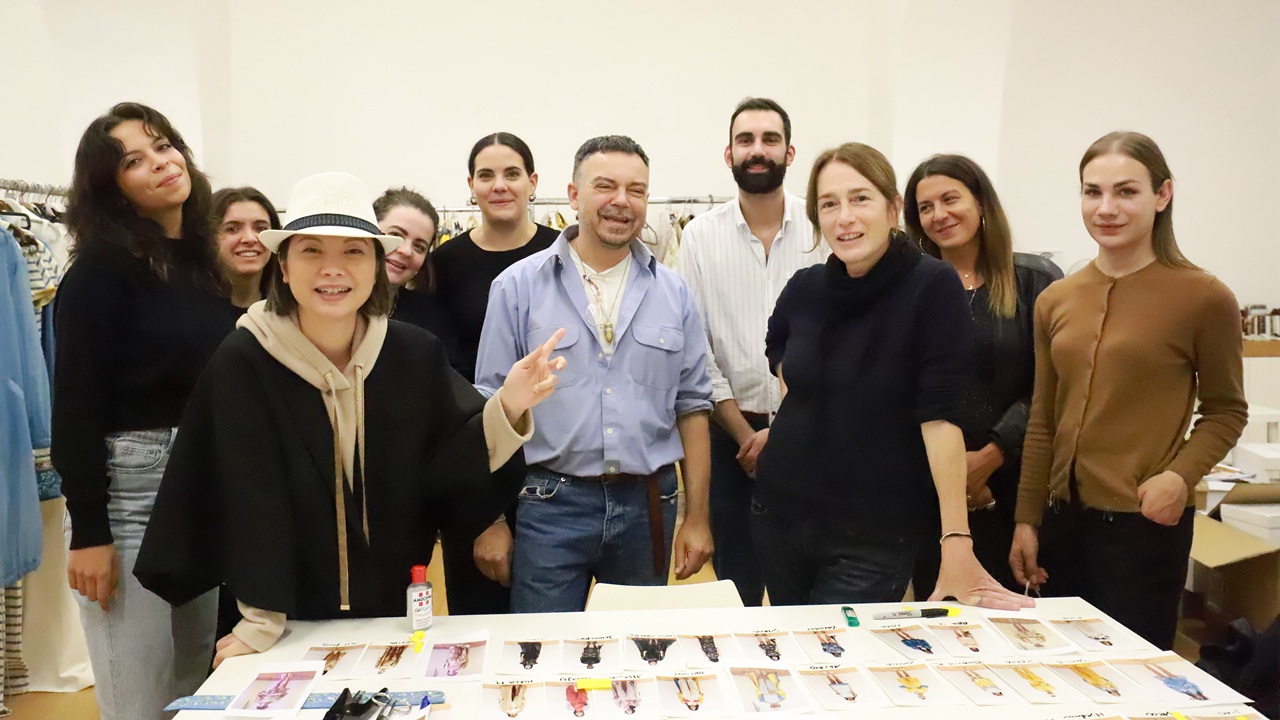 Shenzhen fashion designer Zhao Huizhou (L, front row) poses for a photo with her team in Italy prior to her show at Milan Fashion Week. Courtesy of Hui

On the other hand, according to Zhao, a modern city like Shenzhen is an ideal cradle for designers because the city’s spirit corresponds to the design industry’s fundamental pursuit for constant innovation.

An increasing number of Shenzhen designers, including Angel Chen and Liang Zi, are making an impact overseas. Many of them have established overseas sales channels including brick-and-mortar stores in fashion capitals like London and Paris.

Milan Fashion Week, which runs through today, is one of the world’s “Big Four” fashion weeks, along with Paris, London and New York fashion weeks.